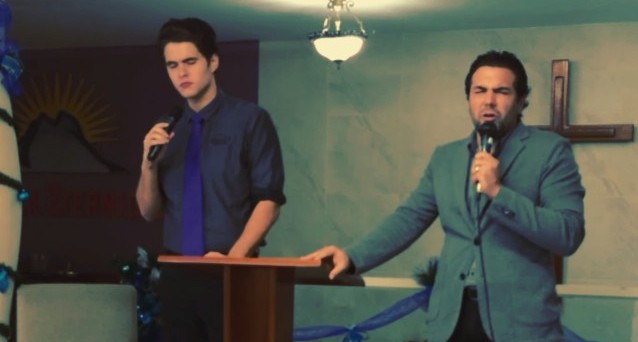 There are many social and cultural issues impacting contemporary leadership within a ministry context, globally, not just locally.  The truth is we could say every cultural and social issue has either a direct or indirect impact on ministerial leadership; here are some, among the many popular issues:

I could write page after page on each of these, but I will summarize my thoughts by simply arguing that, I believe the reason why these social and cultural issues are impacting leaders in ministry context is in large part due to our lack of presence in areas of influence.  For example, if we are honest, is clear most of the driving force behind the homosexual agenda is coming from the Arts and Entertainment world (Hollywood, stage actors, acting tour companies, MTV, and other entertaining venues).  Just to repeat myself, I said most not all.  Have you noticed the amount of commercial campaign going on Television lately, making this lifestyle more acceptable through lovable characters and more and more celebrities “coming out”?  What would happen if the children of God infiltrated the Arts and Entertainment with the gospel of love?  What if an actor gets saved and instead of putting him in a suit and giving him a pulpit, we support him right where he is, as a missionary to the arts?  I believe we would see a big difference in how people view this specific issue, because more artists would be impacted and they would then influence others, and so on, like a domino effect.

My previous pastor, John Colbaugh, passed away 4 years ago.  He had the honor of being Johnny Cash’s pastor for several years when he was pastoring a small church in Tennessee.  Pastor Colbaugh was full of stories, and many were centered on his relationship with Johnny Cash.  One time he told me that Johnny would invite him to his concerts, and Johnny would give him a backstage pass so that right after the show, Johnny would introduce him to his famous buddies.  He would always introduce him as his pastor, and then he would begin a conversation about God, and pastor Colbaugh then had an open door to present the gospel.  As a matter of fact, Johnny Cash told him that he felt he was called to be a missionary to the music industry.

Why can’t a famous person lead as a Christian in their field?  For some time, I’ve seen a pattern.  A famous person gets saved, and we remove them from their place of influence and make them a preacher.  Why?  I do not believe we are all called to be pastors or evangelist, etc.  Some are called to be doctors, or firemen, or restaurant owners, or teachers, or mechanics, etc…I think the idea is that we do what we are called to do with excellence, then when we have gained the world’s respect because of our excellent reputation in our field, they will see that we are also Christians, and that will open doors for our message to be heard.

We have a pastor friend who has a church plant in the city of Dorado in Puerto Rico.  His vision is unique.  He is not after the poor or the drug addicts, or the homeless in the island, although everyone is welcome at his church.  But his vision is to reach the most neglected group of people in the island; the hoteliers, professionals and wealthy.  Sounds incredible?  The thing is, in the island there are many organizations like Iniciativa Communitaria, and La Fondita de Jesus, among others, as well as churches with outreach ministries that focus on the poor and the needy.  However, no one is witnessing or reaching out the rich or the famous.  Don’t you think the wealthy need the gospel just as much as the poor and destitute?

Those are some areas of influence where given attention, we would definitely see a difference in the negative social and cultural issues that are plaguing our spiritual leaders today.  Simply being aware and actively doing something that is perhaps different than the usual focus; become aware of those places of influence that are being neglected.  Of course it is not the only way.  We must also educate ourselves about the current social issues, and most of all truly know the word of God, and practice grace.