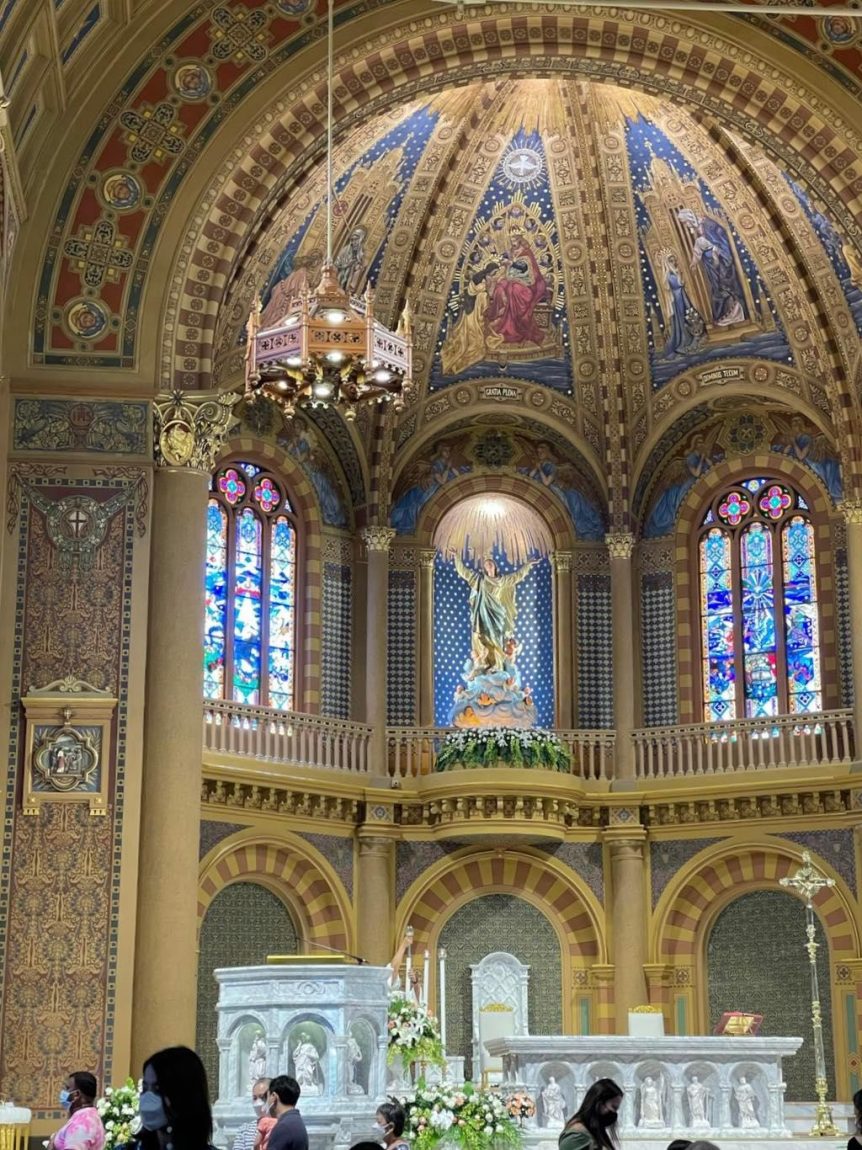 I hosted a handful of international exchange students at my home several years back, and from the moment I picked them up at the airport until now, we have considered each other family. Recently, I was on a book promotion trip to South Korea and my Thai student/daughter insisted I come visit her since I was so close and would not have to quarantine. I was happy to oblige, and spent my last two weeks in Asia visiting with her and her family in Thailand.

Haruetai Tanedkedsakul, or Minky (as we lovingly call her), is Catholic, and when she mentioned that we would be attending the church where she was married, I was excited. Her wedding photos were absolutely stunning, so I was eager to see the sanctuary in person. She was proud to share this part of her life with me because she knows I, too am a person of strong faith. She also knew I would find the cathedral breathtaking — she was right!

The Assumption Cathedral is the principal Roman Catholic Church of Thailand located in the Bang Rak District of Bangkok. It is an impressive house of worship that is well attended by locals and internationals, including tourists. We attended an English Mass which was reverent and ritualistic, as I remember Catholic Mass to be from my childhood in Puerto Rico. The choir sang from an unassumingly guarded spot above the posterior part of the cathedral. My heart was moved by the faceless angelic sounds bouncing off the stained glass windows and aged brick-and-mortar walls. Simply magnificent!

I listened to Father John P. Murray, O.S.A., as he preached a moving and simple message for his congregation. And I will be honest, I found myself writing one of the phrases he said over and over while meditating on its powerful meaning, “We are Eucharist, for we are church!” Somehow the saying “we are what we eat” suddenly took on a whole new meaning to me.

Here is a brief excerpt of Father Murray’s message:

“During the pandemic, we have been instructed to receive communion in silence. This has led me to begin our invitation to receiving communion with the following: ‘We are the body of Christ. Let us receive who we are and become what we receive.’ This comes directly from a sermon given by St. Augustine of Hippo in the early fifth century on the Eucharist to those newly baptized that Easter.

This short quote shows us how the early church had such a healthy grasp of the meaning of the Eucharist. For the Fathers of the early church, the Body of Christ was who we are as church. It was more than a holy sacrament we receive. It is rather, in essence, who we are and what we live, for we are a Eucharistic church. At Mass, we are nourished for life and go forth to live who we proclaim we are at mass every Sunday... I read that there is in a Parish in the USA where, at the end of Mass, the presider proclaims as usual, ‘The Mass is ended, go in peace.’ But then the congregation responds, ‘The Mass is never ended. Let us go in peace to love and serve the Lord!‘

Think about it, as a church, we are Eucharist broken for a suffering and fractured world. We are truly called and challenged to be the Body of Christ for our brother and sister and for all creation, reaching out to the vulnerable and marginalized. So we truly live our amen to being the Body of Christ.”

In what ways are you giving yourself to others? What have you learned through that process?