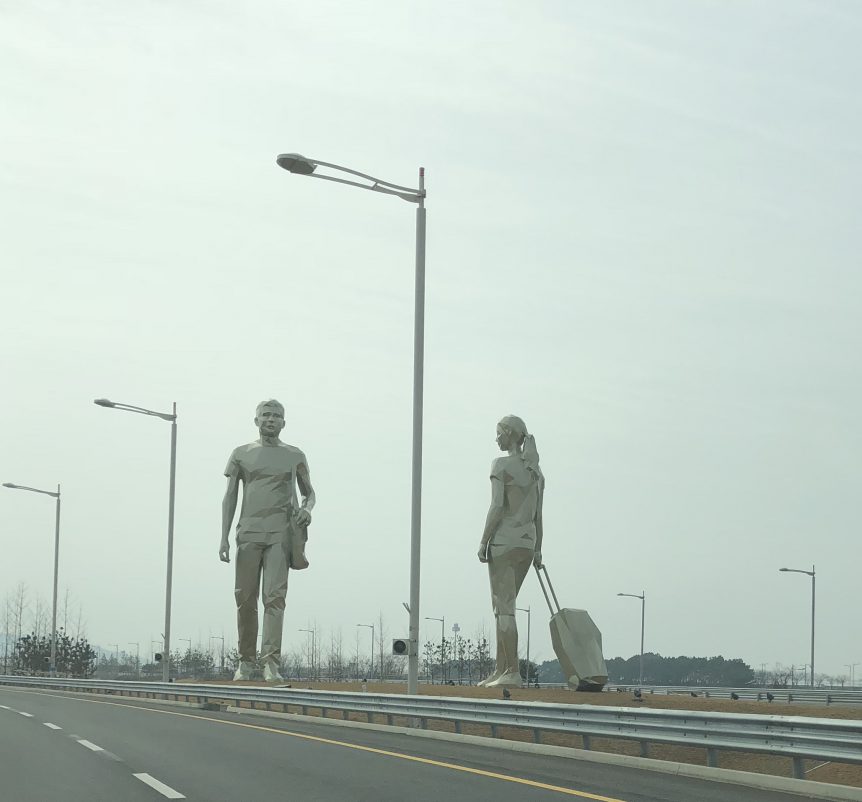 “What is your fascination with South Korea, if you don’t mind me asking?” Pastor Yang asked me while we were having a traditional Korean meal. I knew exactly how to respond to that, you see, my father had four daughters and no sons, and because of that, he would often take us fishing, camping, the shooting range, and pretty much anything a father  would normally do with a son. Growing up, I also enjoyed watching the Television with my father.  He was fascinated by television series like Kung Fu, or any western or Bruce Lee movie he could get his hands on.  As a result, I became interested in the martial arts movies as well.  As the years went by, I found a deep curiosity for the Asian culture.  I found the traditions fascinating, the food tasty and also somewhat strange, the language funny yet cool, and the costumes beautiful and elegant.

Fast forward a few years into middle school, and my dad surprised us with a family vacation to attend a General Assembly of our church denomination in Atlanta, Georgia. I remember we rented a Lincoln, big enough for our six member family.  On one of the evening services, the guest speaker was Pastor David Yonggi Cho.  I remember how everyone was excited about this man because he was a South Korean Christian minister, who had founded the Yoido Full Gospel Church, known as the world’s largest congregation.  Imagine a church that claims a membership of 830,000 (according to Wikipedia) even to this day! Listening to him speak, I learned that the culture offered more than just good food and martial arts; they also could teach a thing or two about prayer, how to grow churches, and missions.

When I became an adult, I was introduced to Korean Dramas. Once I watched my first drama (Full House), I was hooked, and have since become a K-drama junkie (don’t judge!) Thanks to this though, I began to study more about the culture.  Although I am not fluent in the language as of yet, I am enjoying learning it, little by little.  I find the history, social issues, religion, as well as the phenomenal surge of K-pop in the international market for the past couple of years, fascinating. Perhaps there is much we can learn from our neighbors on the East. Ultimately, it is for all the reasons aforementioned, that I am interested in the Korean culture, but in all honesty, the main reason was to fulfill a bucket list item, given my current health situation.

While my husband and I were in South Korea, we joked that I seem to know more about the culture than many of the natives. For the most part, younger generations do not know much about their history.  I have discovered this to be the case in every country I have visited. That reminded me of why God told the children of Israel to remember the things they had seen in the desert; how he had delivered them from Pharaoh’s army, and to pass on the stories from generation to generation.  I understand the importance of teaching history to our children through story-telling, so they can grow up with an appreciation and a deeper understanding of where they come from. Koreans have a rich history, and I have enjoyed seeing and participating in traditions I have only read about in history books. Fascinating!

I had been nervous about this trip because of being home-bound all year, unable to do any type of overseas travel per doctor’s orders.  When my cardiologist gave me the go-ahead, I became anxious about having another hospital visit.  I prayed earnestly for God to give me peace of mind, and to help me have enough strength to enjoy the trip.  When it was all said and done, I wish I could say everything was perfect, but what I can say is that it was wonderful, refreshing, and inspiring.  I will also say that God helped me find joy, regardless of my physical limitations.

On day one, when we made it to our hotel from Incheon Airport, we were exhausted from just seating on a plane for fourteen hours (no joke!).  I looked out the window of our hotel room to get a sense of the surroundings, and was met with city lights and a calm sea in the distance.  I stood there for a while, quietly thanking God for such a gift.  “I can’t believe I am here.” I quietly whispered to myself.

Note: During our vacation, we visited three main cities; Pohang, Daejeong, and Seoul. I will put out several stories (and photos), about my visit. Stay tuned for the next blogpost:  Exploring Pohang!